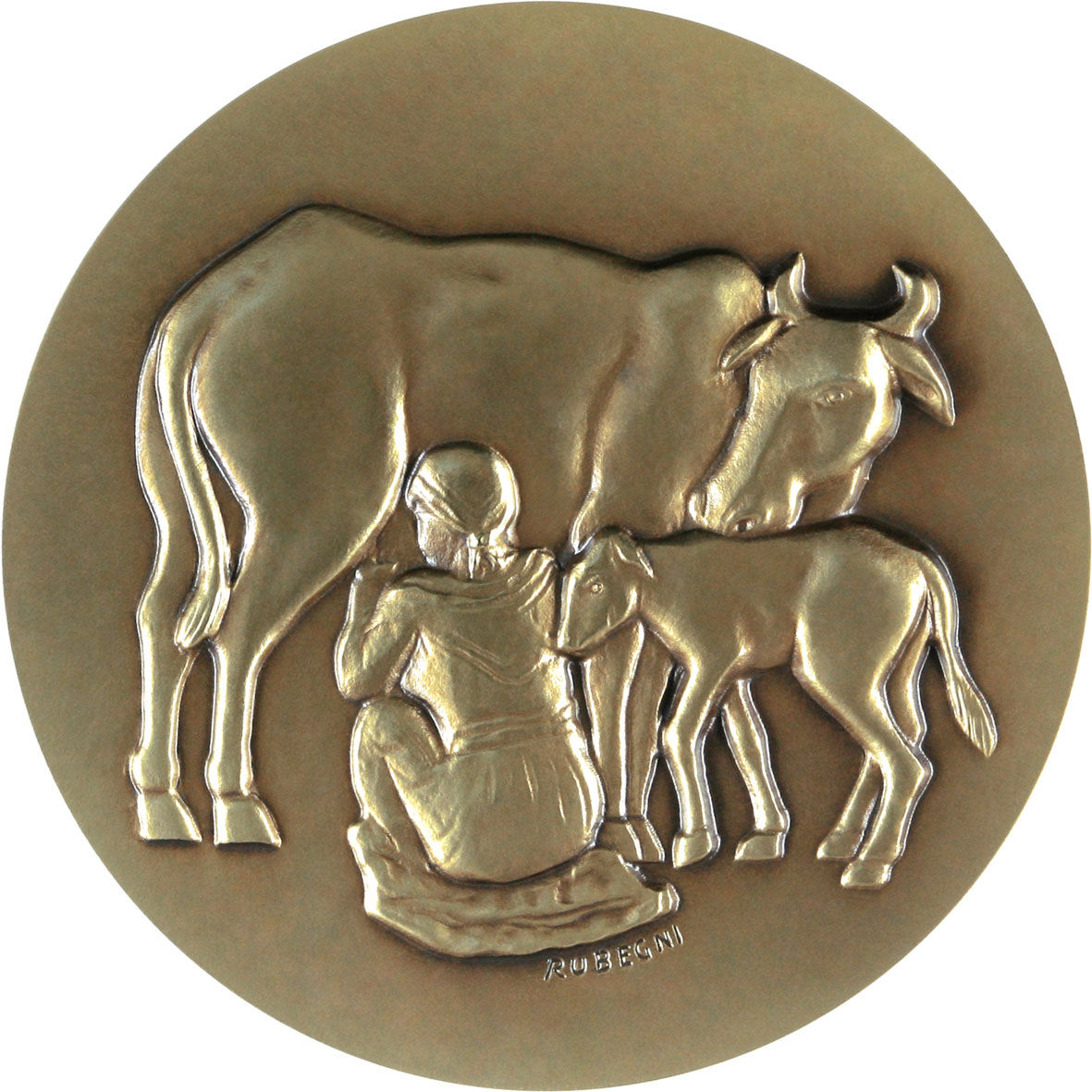 Rinderpest (RP) is a highly contagious viral disease that primarily affects large cloven hooved animals, especially cattle and buffalo. On 25 May 2011 the World Organisation for Animal Health (OIE) formally declared the disease to be globally eradicated, a process in which The Pirbright Institute played a key role.

The Institute became the Food and Agriculture Organization of the United Nations (FAO)’s World Reference Laboratory (WRL) for rinderpest in 1994, with several scientists from Pirbright playing important roles in rinderpest eradication. Sir Walter Plowright (d.2010) developed a safe, effective rinderpest vaccine whilst working in Kenya that was used in most countries during the eradication campaign. This major development led Walter Plowright to receive the World Food Prize in 1999 and our world-class high-containment laboratory is named after him: The BBSRC National Virology Centre: The Plowright Building.

Despite the eradication, several laboratories world-wide still hold stocks of rinderpest virus (RPV) containing materials which potentially pose a risk of reintroduction. To reduce this risk, FAO and the OIE introduced Rinderpest Holding Facilities (RHF). These are laboratories that have been inspected and approved as secure enough to hold the virus. Laboratories that hold stocks of RPV are encouraged to move it to a designated RHF.

There are just seven RHFs internationally that are approved to safely store RPV material and Pirbright is one of those seven.

A network of international specialists formed the Rinderpest Holding Facility Network, with plans to develop a non-infectious diagnostic control.  Dr Carrie Batten at Pirbright is Secretariat for the network and, along with Dr Michael Baron, is leading on a so-called "sequence and destroy" project.

They are performing full-genome sequencing of all the Institute's archive of rinderpest isolates, recording the data and then destroying all stocks of those viruses.  In this way, the biological information is retained, whilst removing the risk posed by retaining the live virus. A round of sample destruction took place in February 2018 with 286 vials destroyed, which represented 24 RPV isolates. Samples were removed from storage, decontaminated with disinfectant and then autoclaved for destruction and finally incinerated.

On 14 June 2019 scientists at Pirbright destroyed the final archive stocks of rinderpest virus held in the World Reference Laboratory for rinderpest. More than 3000 samples have been destroyed in total. This completed a major milestone in the World Organisation for Animal Health (OIE) and Food and Agriculture Organization of the United Nations (FAO) programme to ensure the world remains free from the eradicated disease.

The news of the destruction of the virus featured in national and international media: