Lumpy skin disease virus (LSDV) is a poxvirus within the genus Capripoxvirus. It is genetically very similar to the other two Capripoxvirus species Sheeppox virus and Goatpox virus. LSDV causes lumpy skin disease (LSD) in cattle and buffalo. LSD is a serious transboundary disease. Traditionally it has been found in southern Africa but has been steadily spreading north and in the past five years moved very efficiently through the Middle East and into eastern Europe and Russia.

See the news feature on LSD to learn more about how the disease is spreading through Europe.

LSDV causes lumpy skin disease (LSD) in cattle and buffalo, where infection rate is between 5% and 45% and the mortality rate is up to 10%. Clinical signs vary, with younger animals more severely affected.

The method of transmission of LSDV from animal to animal and herd to herd is incompletely understood. There is strong evidence that the virus is spread by biting insects (vectors) such as biting flies (e.g. Stomoxys calcitrans and Biomyia fasciata) and mosquitoes (e.g. Culex mirificens and Aedes natrionus). Direct transmission between animals is believed to occur but the relative importance of this method of spread compared to vector transmission is unknown.

The disease is endemic in southern Africa and becoming more prevalent in the northern half of the continent. Most importantly, the virus has recently spread out of Africa and through the Middle East into neighbouring areas. LSD was first identified in 2012 in Lebanon, Jordan, Saudi Arabia, Iran and Turkey. The virus then spread north into Russia (Dagestan) in 2015 and Armenia in 2016, and east into Greece in 2015 and Bulgaria and the Former Yugoslav republic of Macedonia in 2016. It is widely expected to continue to spread.

Impact for Society – what are we doing?

The Institute is researching the immunological responses to LSDV and carrying out a detailed characterisation of the different strains of the virus. This work will allow us to develop improved diagnostic tests and vaccines and design more effective control and eradication programmes against the disease.

The Non-Vesicular Disease Reference Laboratory at the Institute provides a referencing lab for LSD. This provides rapid and accurate detection of the virus in clinical samples.

Pirbright is the consortium lead for DEFEND which is tackling the emergence of African swine fever and lumpy skin disease in Europe in partnership with 31 other consortium members including industry partners ID-VET and Zoetis. (EU H2020 research programme 773701). 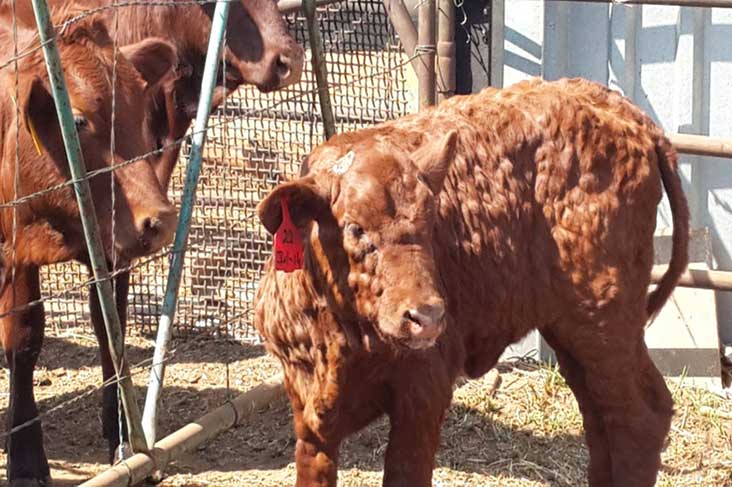 The acquisition and retention of lumpy skin disease virus by blood-feeding insects is influenced by the source of virus, the insect body part, and the time since feeding

Capripoxvirus infections in ruminants: a review