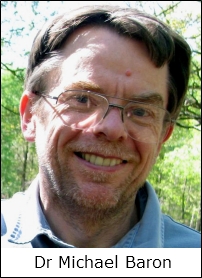 The Institute’s Dr Michael Baron and Dr Chris Oura have been confirmed as OIE Experts on rinderpest/peste des petits ruminants and African horse sickness/bluetongue, respectively, following the OIE’s 79th General Session in Paris in May,

IAH contains Reference Laboratories – providing key diagnostic and surveillance services and advice – for the causative viruses of these diseases on behalf of OIE. In addition, the Institute has Reference Laboratories for six other viral diseases for OIE, including three for the Food and Agriculture Organisation (FAO) and two for the European Union, as well as providing diagnosis and advice for Defra.

The Institute played a major role in the eradication of rinderpest (cattle plague), the most devastating of cattle diseases. OIE confirmed the eradication of the disease, only the second viral disease to be eliminated, during its meeting in May. The FAO followed suit at a special meeting in Rome in late June. Dr John Anderson MBE, former Head of IAH Pirbright Laboratory and former Head of the Rinderpest Reference Laboratory, attended the Rome meeting on behalf of IAH. The IAH’s Dr Michael Baron talks about the momentous nature of this achievement on the BBSRC website and, with Dr John Anderson, discusses it on YouTube. 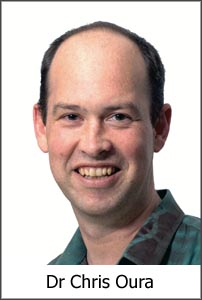 Peste des petits ruminants (PPR) virus is a close relative of rinderpest virus which affects goats and sheep. PPR could be the next virus of livestock to be targeted for eradication. Dr Baron is working on a new vaccine and diagnostic test for PPR. A major objective is to have a ‘smart’ vaccine whose presence in an animal could be distinguished from one that has been infected with virulent PPR virus. This approach is key to modern disease control campaigns. Dr Baron talks about the prospect for eradicating PPR on the BBSRC’s website.

In 2006 Dr Oura and Professor Peter Mertens led the IAH team that confirmed the presence of bluetongue (BT) virus in the Netherlands, at the start of what went on to become a major epidemic, the first of its kind in northern Europe. The virus spread to England in the following year. The Institute followed the virus’ progress using highly specific and rapid gene-based tests that had been developed within IAH. The Institute’s expert advice, which included that of entomologists and mathematical modellers, contributed to the commercial development and distribution of a new vaccine against the particular type of BT virus (type 8) that was the cause of outbreaks. The Institute formed a coalition with farmers and other members of the JAB campaign against bluetongue, and Defra, to mount a highly successful fight against the virus. Following application of the new vaccine in 2008 and care with regard to the importation of susceptible animals (chiefly cattle and sheep) from the Continent, there were no cases of BT disease in the UK that year, or since.