Home » News » African swine fever – what is the current situation?

African swine fever – what is the current situation?

There have been outbreaks in Europe in recent years, with the latest near the French border in Germany, bringing this disease closer to the UK.

Pirbright scientists have been working to understand African swine fever since 1963.

Here’s what we know about African swine fever:

What is African swine fever?

African swine fever is a severe, often fatal disease in pigs. Symptoms include lack of energy, lack of appetite, internal bleeding, bleeding under the skin of ears and flanks, and death. Sometimes there are no clinical signs before death occurs.

It is a notifiable disease which means there is a legal requirement to report cases of the disease to the government authorities. 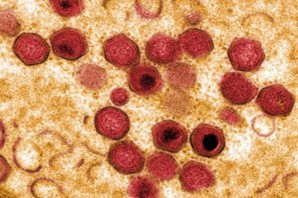 Why is it a problem?

Although experimental vaccines have been available for some time the first of these has recently been licensed in Vietnam but is not yet widely available. Therefore, disease control relies on implementing high biosecurity measures to reduce the introduction and spread of disease. In many countries this means imposing movement and quarantine restrictions and slaughtering pigs on affected farms. Subsequently, this has significant implications on trade, food security and animal health.

There is a high socio-economic impact for both rural and commercial farmers in areas where the disease is present. It means that farmers’ incomes are affected, and due to the culling of pigs and impact on regional and international trade, food security is threatened.

Where is it a problem ?

Since emerging from East Africa in the early 1900s, African swine fever has moved through sub-Saharan Africa and has been reported from 32 countries since 2005.

The disease has spread out of Africa on two occasions. The first, started in 1957 and was eradicated from all affected countries apart from Sardinia. The second incursion to Georgia in 2007, has continued to spread globally first to the Russian Federation and Eastern Europe. The disease is now reported in more than 15 European countries.

In August 2018, African swine fever was first reported from China, the world’s largest pig producer. It rapidly spread throughout China and to 16 Asian and 2 Oceanic countries.

In 2021 the disease reappeared in the Americas after an absence of almost 40 years, having been introduced in Dominican Republic and later in Haiti.

Recent new disease spread in 2022 includes to the Italian mainland, further west in Germany and new introductions to Nepal and to Kerala in India.

How does it spread?

African swine fever spreads to healthy pigs and wild boar in several ways: contact with infected animals, ingestion of meat or infected products, and contact with anything contaminated with the virus, for example shoes or clothes.

The most significant means of spread are movement of infected animals, contaminated pork products and illegal disposal of carcasses.

Does it infect humans?

African swine fever is not a disease that infects humans.

What can be done to reduce the spread?

Introduction of African swine fever can be limited by applying strict biosecurity measures on premises, including disinfection and use of protective clothing. Spread of African swine fever can primarily be prevented by early detection of disease outbreaks, imposing quarantine measures, slaughter of pigs on infected premises and surveillance in neighbouring premises close to outbreak sites. Tracing of pig movements, on and off farms can help to identify routes of infection and spread.

How do we combat the disease spreading further?

We can all play a role in preventing further spread of this terrible disease. If you are travelling abroad do not bring back pork products such as ham and sausages. Avoid contact with pigs and wild boar in countries that have African swine fever, and never feed these animals food waste containing meat. Dispose of picnics away from areas where wild boar roam, or better still take home with you to throw away.

What is the situation in the UK?

Currently, African swine fever is not in the UK, however it continues to spread from Eastern Europe westwards in wild boar with occasional spill overs to domestic pigs. Occasionally large jumps of hundreds of kilometres have been detected, most likely because of human activities. For example, recently ASFV was introduced in German pig farms close to France and Netherlands. In 2022 ASFV was also detected in north-west Italy and Rome, both in wild boar.

What is Pirbright doing to tackle African swine fever?

Our research is currently focused on developing African swine fever vaccines to protect pigs from disease. These are either live attenuated vaccines generated by gene deletions or subunit vaccines consisting of pools of expressed virus protein, as well as producing antivirals which could slow down virus multiplication in pigs and therefore reduce or prevent clinical signs.

The Institute also leads the European Union funded project DEFEND which aims to tackle the emergence of African swine fever and lumpy skin disease in Europe, in partnership with 31 other consortium members.