Three new research groups have been established at The Pirbright Institute recently, each of which will contribute to the Institute’s mission to prevent and control viral diseases of livestock and viruses that spread from animals to people, known as zoonoses.

Discover more about the scientists leading the research groups and the impact they hope to have on animal health.

Dr Maringer is a virologist and immunologist who started working on flaviviruses as a Sir Henry Wellcome postdoctoral fellow at the Icahn School of Medicine at Mount Sinai in New York City. He joined the Institute in October last year to lead the newly formed Flavivirus Transmission and Pathogenesis group having previously been at the University of Surrey, where he set up his own research group focused on dengue virus-host interactions, with a primary interest in virus-immune interactions in the mosquito vector. 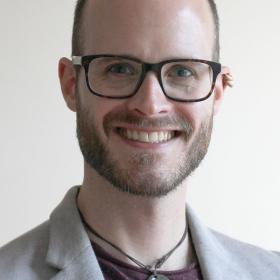 “The move to The Pirbright Institute is exciting because it will allow the lab to interact with the large number of researchers here who are working on vector-borne viruses. I’m also looking forward to making the most of the opportunities we have at the Institute for expanding our work to understand at a larger scale how interactions between viruses, mosquitoes and livestock drive the emergence of new viral diseases."

The flavivirus family of viruses includes some of the most significant mosquito-borne viruses affecting humans, including dengue, yellow fever and Zika. There are no antiviral therapies to treat any flaviviral diseases, and even though vaccines exist for dengue and yellow fever, both viruses continue to cause severe disease outbreaks.

The major vector for these flaviviruses is the tropical mosquito Aedes aegypti, which thrives in urbanised environments and has a strong preference for feeding on humans. The Flavivirus Transmission and Pathogenesis group studies the molecular mechanisms that shape the transmission, emergence and pathogenesis of flaviviruses.

The research could uncover new ways of modifying Aedes aegypti to decrease arbovirus transmission, which would reduce human suffering and fatalities associated with the diseases spread by this mosquito. There would also be an associated decrease in the negative impacts that large-scale epidemics have on healthcare systems and the economies of affected countries.

Dr Gerner joined Pirbright from the Institute of Immunology, University of Veterinary Medicine Vienna in Austria, where much of his research focused on T-cell and NK cell biology in pigs (cells involved in the immune response), particularly in the context of viral and bacterial pathogens like influenza A virus, porcine reproductive and respiratory syndrome virus (PRRSV), Actinobacillus pleuropneumoniae and Salmonella Typhimurium.

Since January 2021 Wilhelm has led the T-cell Biology group at Pirbright. The group is interested in the basic biology of T-cells in farm animal species, with a focus on pigs, cattle and sheep, predominantly in the context of foot-and-mouth disease virus (FMDV). 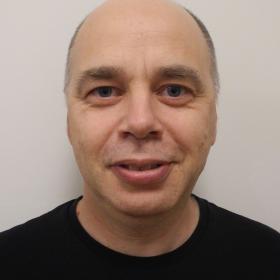 “With its world-leading expertise in virus-host interactions in farm animals, The Pirbright Institute provides the ideal environment for pursuing our research. The possibility to take a holistic approach to virus-host interactions is an exciting prospect that will allow us to address fundamental questions related to pathology and protective versus non-protective immune responses.”

Vaccines work by priming the immune system with memory of encountering a disease-causing microorganism, therefore protecting from future infection. This memory is mainly formed by long-lived T and B cells. After antibody-producing B cells, T cells form the second pillar of what is called the adaptive immune system. The T-cell Biology group studies their interaction with other parts of the immune system, in particular B cells, and their role in infection and vaccination.

Understanding how these cells work and how they are stimulated for protective vaccination is a key element for the development of novel and improved vaccines.

The most recent of our three new research groups is Viral Gene Expression led by Dr Trevor Sweeney. Dr Sweeney is a Sir Henry Dale Fellow and first established the group to investigate molecular mechanisms of single stranded RNA virus protein translation and replication at the University of Cambridge with the support of a Marie Curie Fellowship. In 2016 he was awarded his current Fellowship from the Wellcome Trust and Royal Society, with an extension to the Fellowship awarded in 2021. In 2021 the group moved to Pirbright to establish the Viral Gene Expression group. 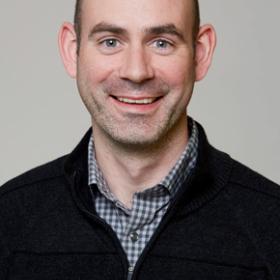 “Pirbright has invested in world leading facilities that open up exciting new areas of research to our group. I’m excited to interact and collaborate with a great mix of well established and newly started research groups to explore virus-host interactions at the molecular, cellular and host levels.”

From foot-and-mouth-disease virus (FMDV) to Zika virus and SARS-CoV2, a number of threats to human and animal health are caused by viruses that use a positive single stranded RNA as their genetic material.

This group’s research focuses on the role of RNA structure in controlling different stages of viral replication and virus-host interactions. In its most recent work, the group revealed new details of flavivirus (Zika and dengue) replication defining how changes in genome structure and interactions between viral proteins and viral RNA can affect protein synthesis and replication. Understanding how these viruses replicate in the cell will reveal specific processes that can be rapidly targeted to help contain new outbreaks and support disease control.