Home » News » Why vaccines matter in the fight against zoonotic diseases

Why vaccines matter in the fight against zoonotic diseases

The history of human and animal immunisation against infectious disease begins with the Chinese practice of variolation in the fifteenth century. Here, infectious material was taken from one patient and inoculated into a non-infected patient to initiate a mild but protective infection.

Fast-forward another 200 years and the application of vaccines had transformed. On 6 July 1885, now celebrated as World Zoonoses Day, Louis Pasteur successfully administered the first vaccine against rabies – and within decades a myriad other diseases had also been tackled effectively, including diphtheria, tetanus, anthrax, cholera, plague, typhoid, tuberculosis, measles, mumps, rubella, and polio. Many of these pathogens had been infecting humans for years, and continue to do so where vaccines are not deployed.

Now, in the 21st century, vaccine research is undergoing another seismic shift.

In 2019, severe acute respiratory syndrome coronavirus 2 (SARS-CoV-2, the virus that causes COVID-19), emerged in humans which is believed to have originated in animals (known as a zoonoses). It has since developed into the devastating COVID-19 pandemic and in doing so it triggered an urgent need to develop vaccines to control a virus that represents a growing problem at the human-animal interface. 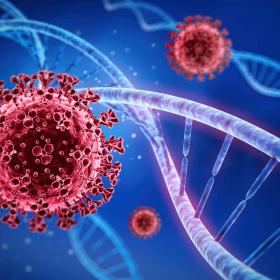 Broadly speaking, humans have a naïve immune system to the many pathogens that exclusively circulate within animal reservoirs, including livestock. Most pathogens have evolved to infect specific animal species, which means that a significant barrier exists that prevents animal pathogens from causing disease in humans. However, a portion of these pathogens, including influenza viruses and coronaviruses, have the capacity to evolve such that they can overcome these barriers and be successful, especially as there is no prior immunity in the human population.

This extraordinary ability to evolve also means that these pathogens have the potential to overcome vaccines. The application of vaccines and vaccine technology must progress to meet the challenge of zoonotic viruses.

An impressive diversity of vaccine technologies is currently employed or in development to combat pathogens circulating in humans and animals. A vaccine needs to be effective at eliminating or reducing disease, but the diversity of pathogens means vaccines sometimes need to be equally diverse and must cater to specific challenges.

Traditional inactivated pathogen vaccines are generated by ‘killing’ a pathogen so that it can be safely administered for immunisation. Subunit vaccines are vaccines that comprise only a fragment of the target pathogen which can be administered to generate an immune response exclusively to that fragment.

Both technologies elicit protective antibody responses and have been successful for an exceptionally long time against a variety of pathogens. However, an antibody response does not provide sufficient protection against all pathogens that continually change their shapes to evade vaccines. 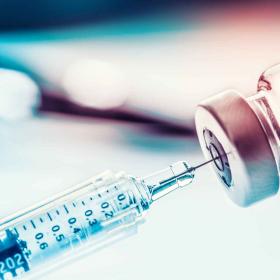 Live attenuated vaccines typically use infectious pathogens that are modified to prevent them from causing disease but can still trigger an immune response similar to their naturally occurring counterparts. These vaccines are useful because as well as an antibody response, they can induce a cellular immune response, which targets conserved parts of the pathogens that remain the same across different strains. This means live attenuated vaccines are more effective at protecting against mutations that could allow the pathogen to escape vaccine immunity and they are provide better protection against multiple pathogen strains.

However, a clear drawback of live attenuated vaccines is that they carry the risk of reversion to a non-attenuated state, bringing with it the risk of the disease, or that they cannot be employed against pathogens that can cause severe disease or emerging mutant pathogen where there is little knowledge about their pathogenic potential.

Viral vector vaccines are vaccines that comprise the ‘backbone’ of a virus that doesn’t cause disease in the host animal, which expresses a piece of the target pathogen that induces an immune response. Most licensed viral vector vaccines are in use in animals, with only a single vectored vaccine (against Ebola virus) being licensed for humans prior to the SARS-CoV-2 pandemic.

Viral vector vaccines evoke a strong immune response that is specific to the pathogen, making it effective and long lasting.

DNA/RNA vaccines contain genetic material that codes for a piece of a pathogen, which the host cells process to elicit an immune response. Several mRNA vaccine are in use against SARS-CoV-2 and they are cost-effective, safe, and produced using chemicals synthetically and not from cell culture systems.

As such, we now have the capacity to carefully select the target of our vaccines and the nature of the desired immune response. The importance of vaccines was brought into focus once again with the SARS-CoV-2 pandemic – and, going forward, the need for our growing arsenal of vaccines will only increase with the needs of humanity. 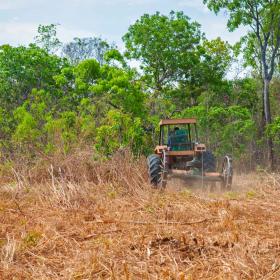 As the human population increases so does its need for nutrition. A major source of human nutrition is animal-derived; thus, the population of farmed animals increases.

Wild habitats are encroached upon to provide for the increasing population of farmed animals, and this facilitates interaction between farmed and wild animals. Consequently, we develop a tractable route for zoonotic diseases to enter the human population.

Finally, the need for human nutrition is also met through the acquisition of wild animals. There is evidence to suggest that the West African Ebola virus epidemic was preceded by the capture of wild animals for human consumption. Likewise, SARS-CoV-2 is believed to have originated in wild animals.

The current SARS-CoV-2 pandemic is a clear example of this – while avian influenza and several other emerging and re-emerging viruses carrying zoonotic infection potential circulating in farmed and wild birds are a constant reminder that the next pandemic could be around the corner.