Researchers at The Pirbright Institute have used the CRISPR/Cas9 gene editing tool to knock out a gene in Culex quinquefasciatus Say, an understudied species of mosquito that spreads a variety of bird, animal and human diseases, including West Nile virus. The study provides the first characterisation of a gene that determines eye colour in this species, which will prove a valuable marker for researchers looking to modify this mosquito to control wild populations and aid disease prevention.

C. quinquefasciatus is widespread across the southern hemisphere and is a major vector for diseases such as West Nile fever, St. Louis encephalitis and avian malaria. Lack of vaccines or treatments for these diseases necessitates the control of wild mosquito populations to prevent transmission. However, concerns over the negative impacts of insecticides has led to the use of genetic engineering to develop alternative control methods.

Due to the paucity of previous research on this vector, C. quinquefasciatus has a poorly characterised genome, which makes genetic engineering more challenging - only a handful of studies have shown that this species can be successfully modified. Published in PLOS ONE, the Pirbright team identified a section of the genome that is highly similar to the KMO gene in other mosquitoes, which is essential for eye pigmentation. They used CRISPR/Cas9 to edit this section of DNA to make it non-functional, known as a knock-out, resulting in modified mosquitoes that had white eyes. This confirmed that the C. quinquefasciatus KMO gene has the same function as in other mosquito species. 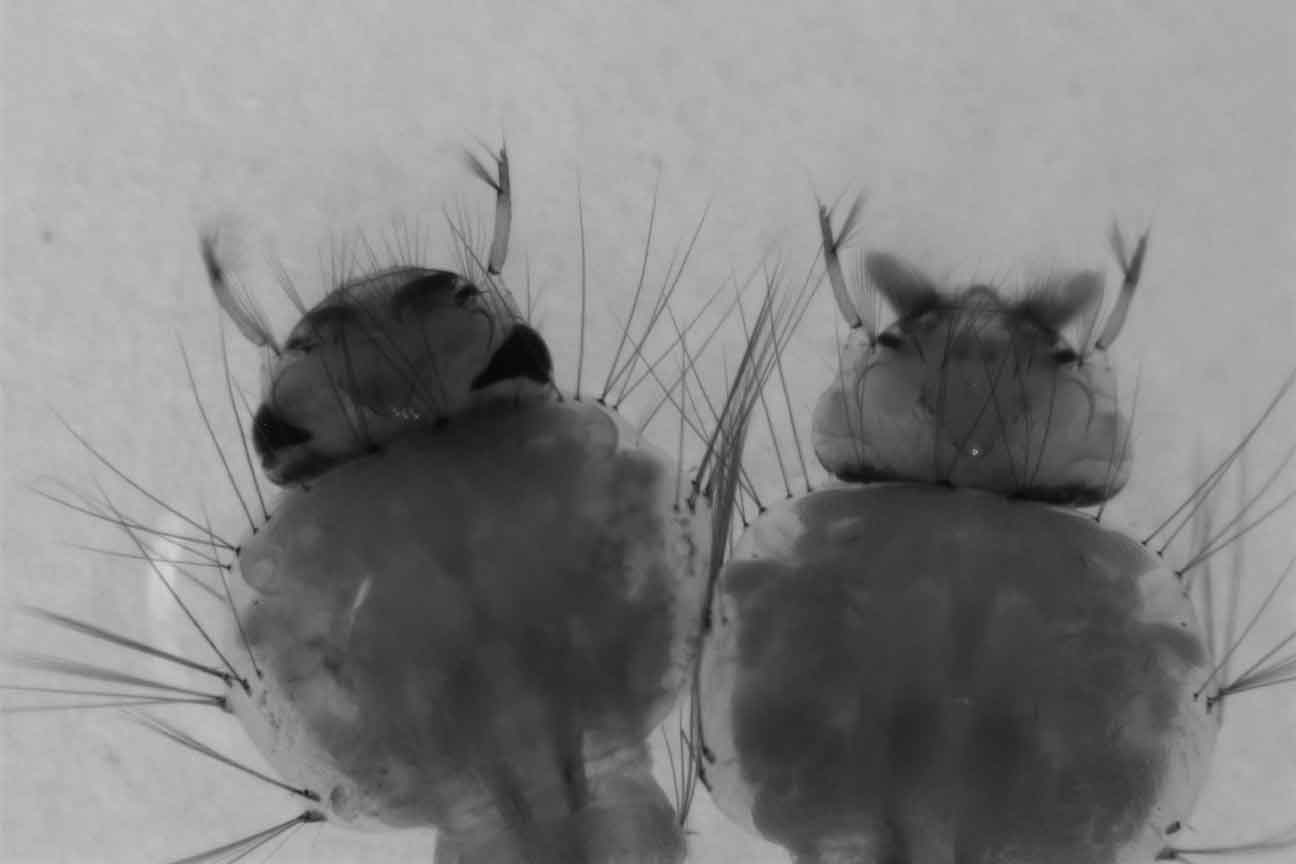 KMO knock-out mosquito larvae with white eyes (right) next to a wild type mosquito with black eyes (left).
“The characterisation of this gene provides researchers with a marker that helps to identify successfully modified mosquitoes – picking them out by eye through a microscope is far quicker than using genetic methods for confirmation” said Michelle Anderson, first author of the paper.


“Our study also demonstrates that CRISPR/Cas9 can be used successfully as a tool to characterise and modify the genome of C. quinquefasciatus, which will aid future research into genetically engineered control strategies” finished Professor Luke Alphey, Head of Arthropod Genetics.