After more than two years preparation Dr Nick Lyons and Dr Georgina Limon-Vega from The Pirbright Institute commenced a Crimean-Congo haemorrhagic fever (CCHF) vaccine trial in Bulgaria on 5 March 2019. If successful, this could pave the way for the first licensed vaccine that is demonstrated to be effective against this infection.

The CCHF virus is able to infect animals such as sheep, goats and cattle without causing clinical signs, but if transmitted to humans it can cause severe disease, which is often likened to Ebola, with 10-40% of cases resulting in death. Transmission can occur through the bites of infected Hyalomma ticks or contact with blood or fluids from infected animals or humans.

Joined by vets from the Bulgarian Food Safety Agency, the team vaccinated a total of 640 lambs from 32 farms over 5 days in a known area of high CCHF risk. Half of the animals received the new vaccine developed by Public Health England (PHE), while the other half received a placebo. The animals will now be monitored over the next 6 months through sampling and tick collection, as well as receiving routine preventive medicine (such as deworming and tick control). Lambs also received a booster vaccine in the first week of April.

The results from this study will show whether the vaccine is able to prevent infection after the animals are exposed to a natural variant of the virus under field conditions. Although samples will be tested during the trial, the final analysis of lab results and the data collected will be done once the trial finishes at the end of the year.

“The fact that the CCHF virus can circulate in animals without causing disease makes it more difficult for us to control the spill over into humans.” said Dr Nick Lyons, who is co-leading the trial. “With predicted changes in the environment and agriculture, the risk of exposure to this virus is likely to increase, making access to effective vaccines extremely important. By protecting susceptible animals from CCHF, we can prevent the virus from spreading between herds, and thereby reduce the risk to people.”

These studies will also help indicate which vaccines could eventually be used successfully in people. The development of a human CCHF vaccine is the focus of PHE research, for which Phase I safety trials are estimated to start at the end of 2019 or early 2020. 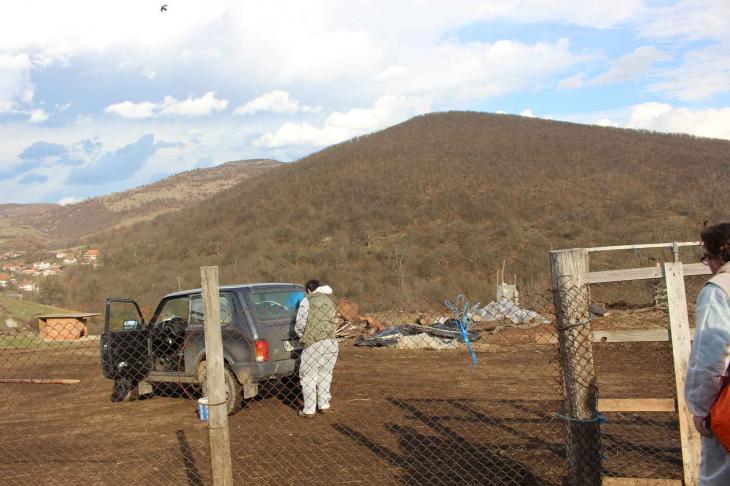