Home » News » Spider stand-ins: who you should watch for this Halloween

Spider stand-ins: who you should watch for this Halloween

It’s been a big few months for our friends from the order Araneae, or just plain spiders to the non-Arachnologists among you. We’ve had Billie Eilish tearing it up with tens of millions of views on YouTube for her arachnophobe-baiting song ‘You should see me in a crown’1. We’ve had the annual False Widow panic. We’ve waded through the usual ‘Banatula’-style tabloid-style headlines describing furry visitors in the exotic fruit section of supermarkets. We’ve also seen spiders launch a campaign of terror against Ipswich, although it remains unclear whether this was some sort of first contact communication event between human and invertebrate2. So, in the spirit of rewarding hard work, we are inviting the eight-legged freaks to put their feet up (well, at least a few of them), stretch out their pedipalps and relax this Halloween. In their place, here are some of their less well known relations who deserve a bit more attention during the annual fright fest.

1Don’t try it at home, kids 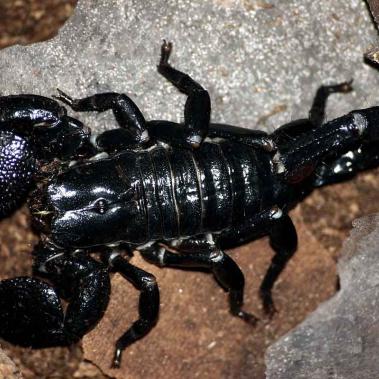 By Kevin Walsh from Oxford, England - Flickr, CC BY 2.0, https://commons.wikimedia.org/w/index.php?curid=1119670
Scorpions are first off the rank among the Arachnids for their place in popular culture, including a memorable Ray Harryhausen stop-motion cameo in ‘Clash of the Titans’, a leading part in ‘50’s sci-fi flick ‘The Black Scorpion’ and loaning their name to a German rock band who also seem increasingly likely to be one of the few things likely to survive a nuclear apocalypse (still touring, apparently). Scorpions kill a few thousand people each year from their stings, vastly more than spiders, although most of these occur through their preference for nice warm, dark places like the inside of shoes. The risk of death by arachnid is about eight times less likely than being hit by lightning, using the standard (and slightly morbid) method of comparing rare fatal events. Ironically, the larger and more fearsome looking species of scorpion that scuttle around in popular imagination tend to be less dangerous. This culminates in the Emperor scorpion (Pandinus imperator), which is docile, only inflicts a mild sting and enjoys classical music on its days off. Due to this, it has been collected as a pet for years and is now sadly CITES-listed as a result. 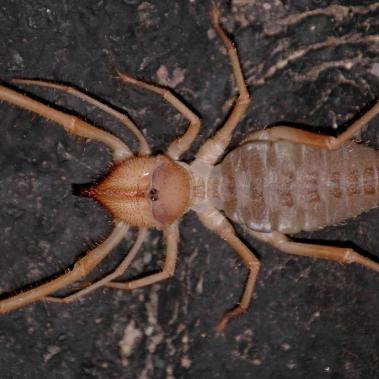 By Original uploader was Braboowi at en.wikipedia - Transfered from en.wikipedia Transfer was stated to be made by User:Sarefo., CC BY-SA 3.0, https://commons.wikimedia.org/w/index.php?curid=3275590
The Solifugae, or camel spiders, are not spiders but this salient fact usually gets lost in people pointing and yelling like a football manager threatened with imminent relegation. With a leg-span of up to 12cm and armed with huge fangs and a decent turn of speed, camel spiders have been the cause of a whole raft of ludicrous urban myths succinctly summarised elsewhere, including disembowelling their namesakes. Unlike spiders, they do not have a poisonous bite and rely on their powerful jaws to kill prey. While these can inflict a painful nip if provoked, they pose no threat to humans and it’s best to keep in mind that through their eight eyes you probably look like King Kong, ready to stomp some people on Skull Island. So, put down the broom and the insecticide, get down off the chair and stay calm. 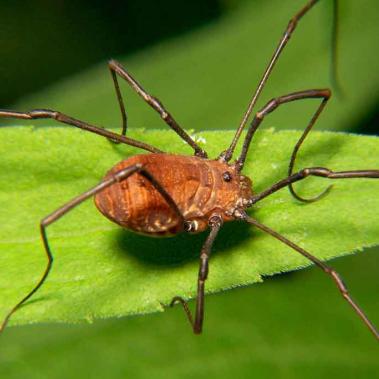 By Bruce Marlin - Own work http://www.cirrusimage.com/harvestman.htm, CC BY-SA 2.5, https://commons.wikimedia.org/w/index.php?curid=691679
One of a range of completely inoffensive and unrelated creatures known colloquially as ‘Daddy long-legs’, the Opiliones or harvestmen haven’t bothered evolving much for a few hundred million years and, to be honest, not very many people have noticed. Oddly, they still seem to provide the ‘yuk’ factor to many, despite looking noticeably different to spiders of the same size, not least in their odd, clockwork-like bobbing movements. Harvestmen are also sometimes the focus of another urban myth that claims that their poison is utterly lethal to humans, but they are so lacking in the fang department that they can’t deliver it through their victim’s skin. This ignores the fact that, unlike spiders, they do not have a poisonous bite at all. All in all, Opinoids are probably not a great target for b movie stardom, particularly given a slightly embarrassing propensity to shed their legs in any mildly threatening situation. 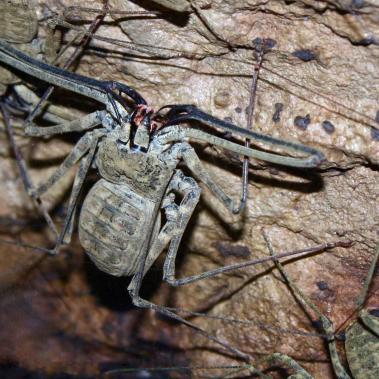 By Greg Hume - Own work, CC BY-SA 3.0, https://commons.wikimedia.org/w/index.php?curid=26460706
Is it a spider? Is it a crab? Is it something HR Giger thought about but then rejected from ‘Alien’? Nope, it’s a whip spider. Rather than leaping out and attaching themselves to their victims faces, this largely nocturnal group feeds mostly on other creepy crawlies, although it has also been found to fish for crayfish in streams. Whip spiders are also brilliant at finding their way home after a night out on the town, even when interfering scientists randomly displace them by up to ten meters to see what happens. This homing ability might result from their huge ‘mushroom bodies’: secondary brains that enhance processing, learning and memory. Then again, they might also be used to plan world domination, so it’s probably worth keeping an eye on them. While not a frequent occupant of the silver screen, a whip spider does get a star turn as a ‘spider’ in the film of ‘Harry Potter and the Goblet of Fire’, illustrating its potential as a spider stand in. 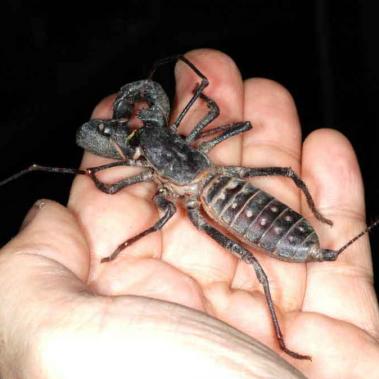 By Acrocynus - Own work, CC BY-SA 3.0, https://commons.wikimedia.org/w/index.php?curid=3791054
The whip scorpion, or vinegaroon is a really odd creature, a sort of almost scorpion that lacks the stinging tail. It lives in burrows and can spray a noxious, vinegar-smelling substance with a reasonably high degree of accuracy into the faces of predators out for an arachnid appetiser. The giant vinegaroon (Mastigoproctus giganteus), which lives in the southern USA and Mexico, reaches a length of around 6 cm. This species is a great architect, building unique burrows that can resemble mazes, which would be great for exploring in scaled up version. Whip scorpions again pose no threat to humans and are also popular as pets.