Dr Simon Carpenter, Head of the Entomology group at Pirbright, swipes right on some stars of the insect dating scene for National Insect Week.

The weird and wonderful sex lives of our chitinous cousins have long held a fascination with both the public and entomologists. A cynic might say this is partly to allow the average entomologist to indulge in their strange predilection for papers with pun-based titles (you know who you are). In reality, though, these behaviours are often a key to understanding ways to preserve the insects we like (‘conservation’), and ‘control’ the ones we like a little less…

In the scientific literature, the humble fruit fly (Drosophila melanogaster) dominates information about insect courtship in much the same way Barry White once bestrode valentine dancefloors across the UK. However, for this article it was suggested that a series of fruit fly photos (even with interesting poses and expressions) was not going to cut the mustard. So like everyone else at this time, we’re back, scraping the ever-replenishing barrel of weird that is UK insect behaviour, alongside the other hacks. 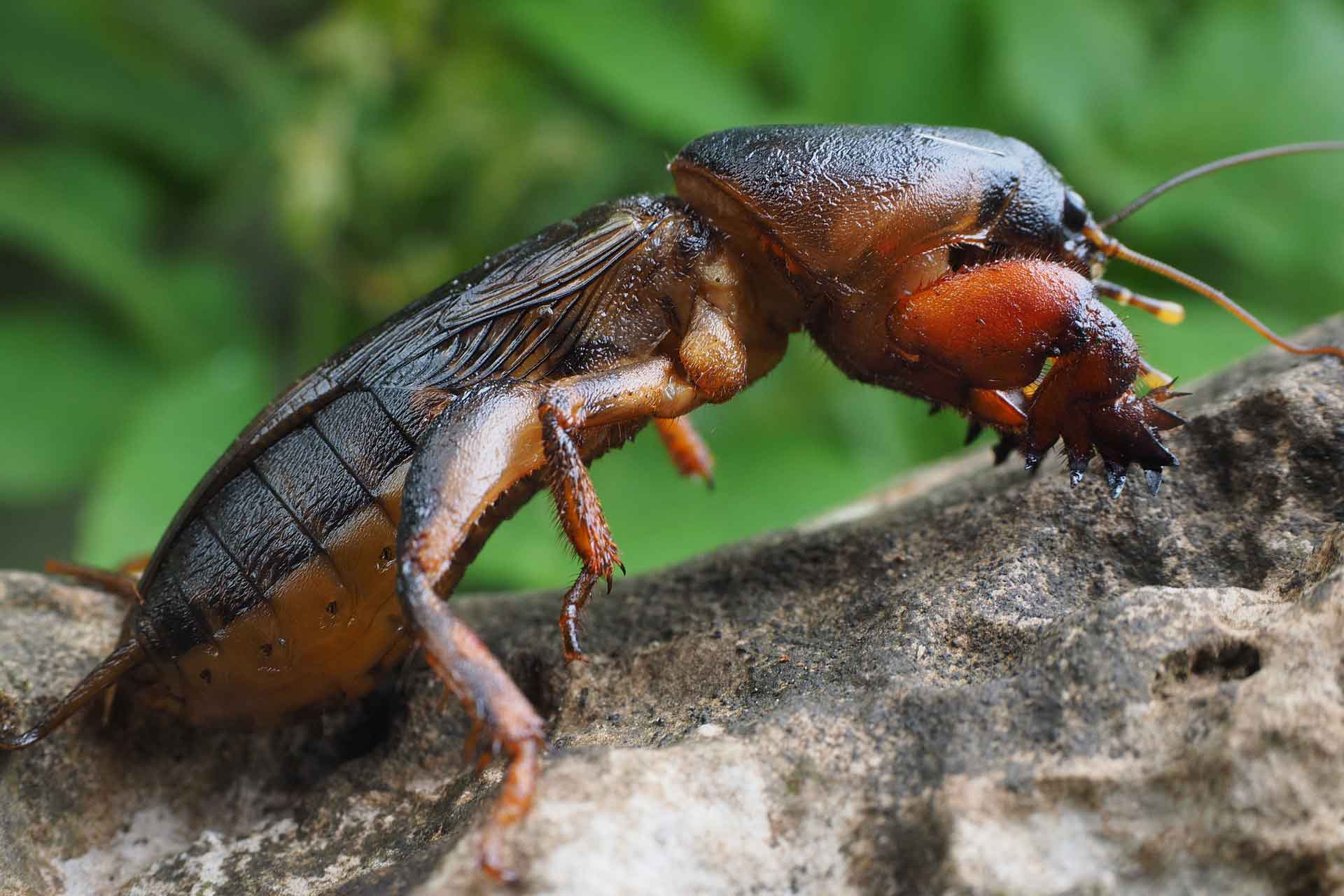 Mole cricket
The conservative choice among insect musicians would be Roesel’s bush cricket (Metrioptera roeselii) with its interesting buzzing song or perhaps the mysterious New Forest cicada (Cicada orni) for novelty value. Instead, I’m nominating the male mole cricket (Gryllotalpa gryllotalpa). This subterranean single may not look like the romantic type, but has an ingenious trick. During the mating season, he builds himself an acoustic underground chamber that acts like an amplifier on his song, drawing in females at twilight. The mole cricket is critically endangered in the UK, but similar species are considered a pest of turf grass elsewhere in the world. Humans. Go figure.

Vapourer moth - Ben Sale
The vapourer moth (Orgyia antiqua) likes to do things a bit differently. Firstly, male moths are active during the day, unlike the majority of their light bulb assaulting friends. Secondly, the female vapourer is flightless and, according to some derogatory quotes on the web, resembles a ‘hairy tick’ or ‘grey sac’. Her sedentary lifestyle allows her to produce huge egg batches and instead of indulging in the usual exhausting butterfly mating shenanigans, she lures in male vapourers from long distance using powerful pheromones. 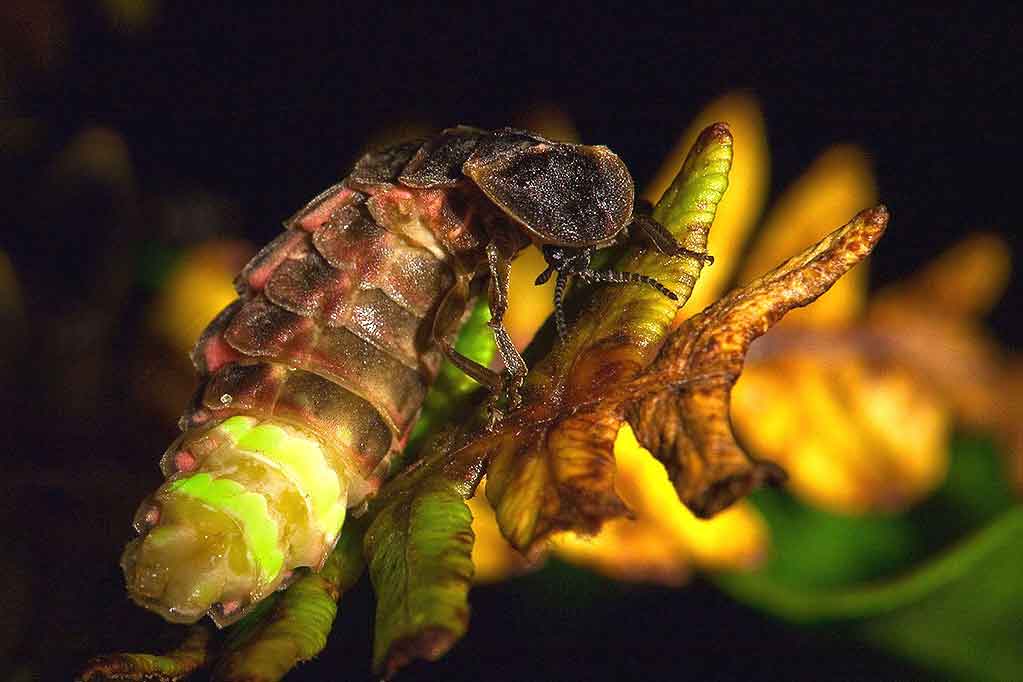 Glow worm - David Evans
One of our more charismatic insects, female glow worms (Lampyris noctiluca) have adopted the same ‘why bother flying, let them come to me’ tactics as the vapourer moth. In their case, however, it is bioluminescence that is used in signalling to potential mates. From late May to early August in the UK, female glow worms climb to the top of grass stalks and wave their luminous organs upwards, attracting in passing males. A key concern for conservation of glow worms is that males could get dazzled or saturated by street lighting in urban areas, preventing them from finding their one true love.

Blue tailed damselfly - Charles J Sharp
While sometimes referred to as ‘bird-watchers insects’ by entomologists studying slightly more mundane subjects, dragonflies and damselflies have a long history in studies of sexual selection. They are relatively big, colourful, in many cases the males are territorial and only active as adults on nice days in the summer suitable for ice cream1. Less pleasantly, as well as being voracious predators, they are also unique in possessing claspers at their hind tip that grab the female by the neck and allow the males to hang on for extended periods ‘in tandem’ during mating. The blue-tailed damselfly (Ischnura elegans), a common species in the UK, takes this to extraordinary lengths, remaining coupled for up to six hours. Blue tails occur in a wide variety of colours and include females that mimic males to reduce mating harassment.


1Complaints from Odonatologists to the usual address. 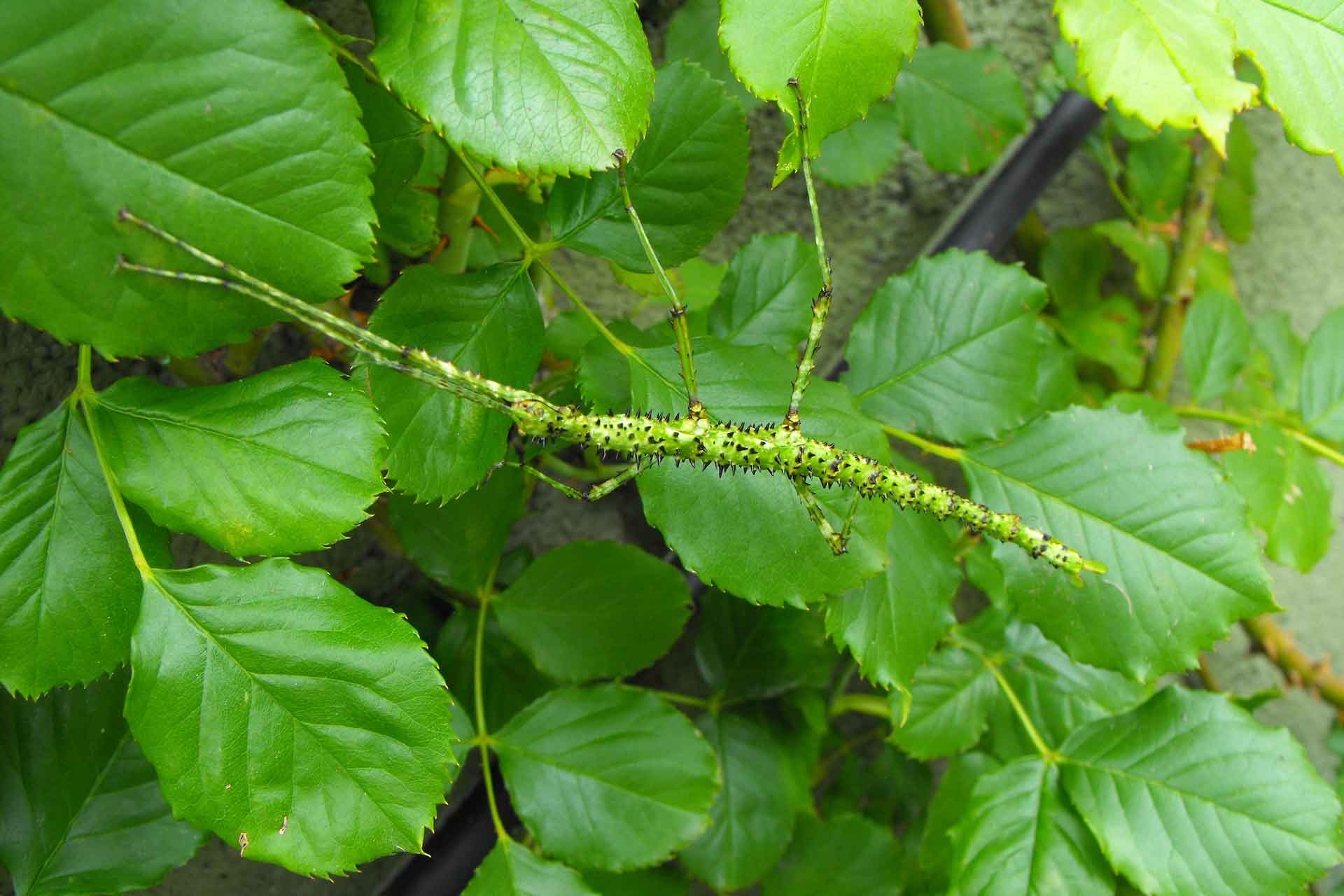 Prickly stick insect - Alan Gilchrist
As well as being a crafty pub quiz answer to ‘what is the longest insect in Britain’, the prickly stick insect (Acanthoxyla geisovii) numbers among the animals you really don’t expect to find in an English country garden2. This New Zealand native has been knocking about without the need for sex in south west England for more than one hundred years. Females of this four inch long privet worrier reproduce without males, laying unfertilised eggs that hatch into female prickly stick insects. This ability, which is called parthenogenesis, is particularly prevalent in stick and leaf insects, where in many species males haven’t even been described.

2See also the red necked wallaby for wildlife sightings in the UK commonly ascribed to hallucination/alcohol.