The 3rd International Meeting on ‘Maintaining Global Freedom from Rinderpest’ was held in Kathmandu, Nepal on 14-16 June 2017. The meeting brought together a global audience, including a group of scientists from The Pirbright Institute, who discussed plans for controlling the risk of rinderpest re-emergence.

Rinderpest disease was eradicated in 2011 and no longer occurs in livestock, however, the risk of the virus being released from laboratories into susceptible animal populations, albeit low, cannot be ruled out.

In a bid to control stocks of rinderpest virus (RPV) held in laboratories around the world, the Food and Agriculture Organization of the United Nations (FAO) and the World Organisation for Animal Health (OIE) strongly recommend that countries either destroy their stocks of RPV or relocate them to a FAO/OIE-approved Rinderpest Holding Facility (RHF).

Pirbright is one of five RHF’s, approved by the FAO/OIE for safe storage of material containing rinderpest virus. Dr Carrie Batten, Group Leader of the Non-Vesicular Disease Reference Laboratory at Pirbright, has been nominated as Secretariat for the rinderpest holding facility network, which will work towards the development of a non-infectious diagnostic control. 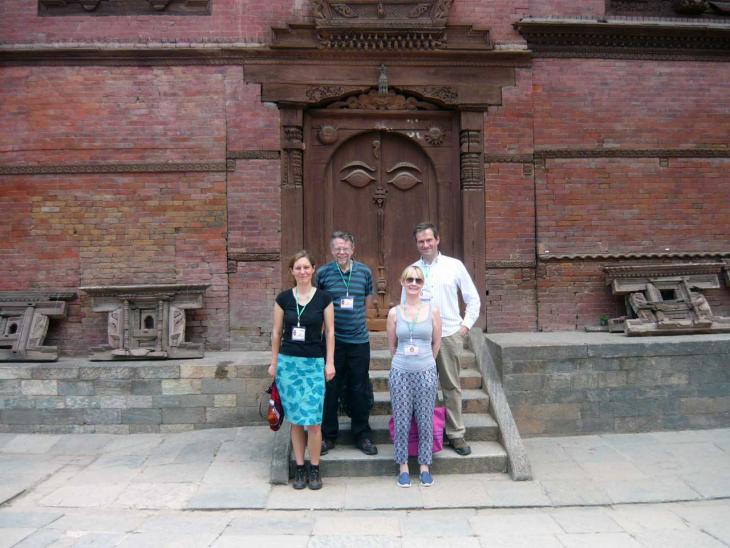 The Institute is the only RHF undertaking an approved research project to sequence and destroy stocks of rinderpest virus. As part of this project, full-genome sequencing of up to 60 isolates will be performed including some from other laboratories, on request.

Dr Carrie Batten said, “Any suspected rinderpest case must be investigated and when samples are collected, they must be sent to an FAO/OIE Reference Laboratory for confirmatory diagnosis. Pirbright is the FAO World Reference Laboratory and OIE reference laboratory for RPV and is the only laboratory performing ISO/IEC 17025-accredited real-time RT-PCR tests for rinderpest virus diagnosis.”

The draft Global Rinderpest Action Plan was presented at the international meeting in Nepal.  The plan includes the Rinderpest Vaccine Reserve operational framework, which will be used in the event of a rinderpest re-emergence. The request, deployment and use of a vaccine were also discussed, as well as the appropriate response to suspect cases and the need for regional and continental contingency plans.