Dr Veronica Fowler’s presentation for Soapbox Science 2016 proved a hit with the crowds on London’s Southbank with help from her PhD students - and Daisy the cow!

Dozens of fascinated people gathered round Veronica’s Soapbox during the event and some brave volunteers donned biosecurity gear so they could get involved and help identify and ‘test’ the sick animals on the farm; using a real diagnostic test (albeit for a harmless pathogen)!

Dr Fowler had painted some of the toy animals so they were showing clinical signs of infection with foot-and-mouth disease virus (FMDV), which the volunteers had to identify based on the description Dr Fowler had given during her Soapbox talk.

Optigene Ltd, (a company that partners with the Institute in the production of diagnostic tests for FMDV), provided their Genie II field based diagnostic platform and real testing kits (for a harmless pathogen) for the event, so Dr Fowler could make the testing exercise as authentic as possible. The fun approach helped Dr Fowler explain the serious science behind the need for rapid detection and control of viral diseases such as FMDV, which the Institute is world renowned for.

“The event went incredibly well”, said Dr Fowler, “and gave me the opportunity to explain about FMDV and show practically why LAMP tests (Loop-mediated isothermal amplification), as we used with the volunteers at Soapbox, are so vital in helping us confirm disease rapidly thereby limiting the spread of such highly infectious diseases. “The tests we used also enabled me to demonstrate how accessible they are; showing that they don’t need to be performed by specialised personnel in dedicated laboratories”, she said.

Dr Fowler was selected from over 40 applicants, and joined eleven other female scientists at the event to showcase their science and enthuse the public about their research. Soapbox Science aims to engage the public about science and eliminate gender inequality by raising the profile, and challenging the public’s view, of women and science.

Dr Fowler said: “I was really impressed with the insightful questions I was asked, especially by some of the young people. One of the young girls who got involved with the testing of the ‘sick’ animals said she wanted to do a course in Epidemiology when she left school, and she couldn’t have been any older than thirteen. It was really nice to see that people learnt something tangible from the science we were showcasing, which is exactly what I’d hoped for.

“Daisy was a big attraction on the day and as a special treat we took her on a tour of London, promoting Soapbox Science and the Institute as we went! I’m hugely grateful to my fantastic PhD students; Emma Howson and Bryony Armson (and my friend Kay Sellers) for their support and help in transporting Daisy to the event and to Optigene Ltd for loaning me the Genie II and the diagnostic tests.

“Overall it was an amazing day and I’d totally recommend Soapbox Science to other women scientists considering applying next year” she said.

See more pictures from the event and Daisy’s London tour below. For more details about the event visit the Soapbox Science website. 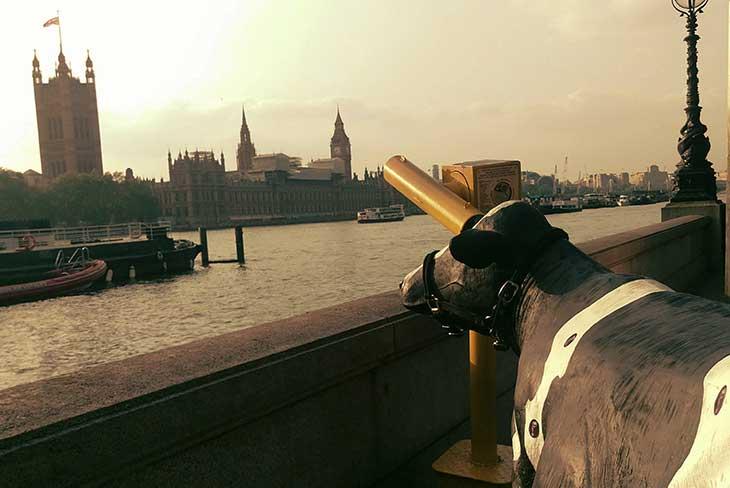 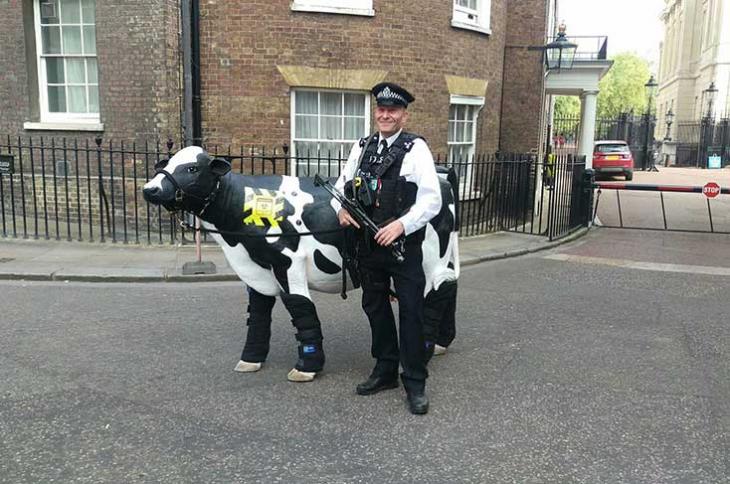 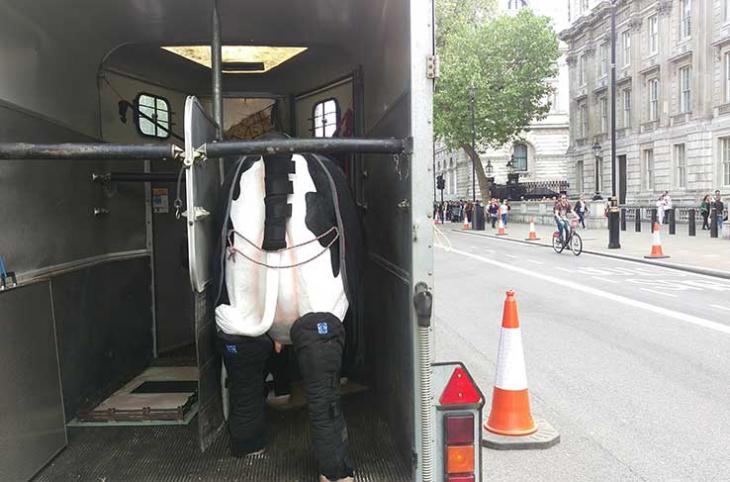 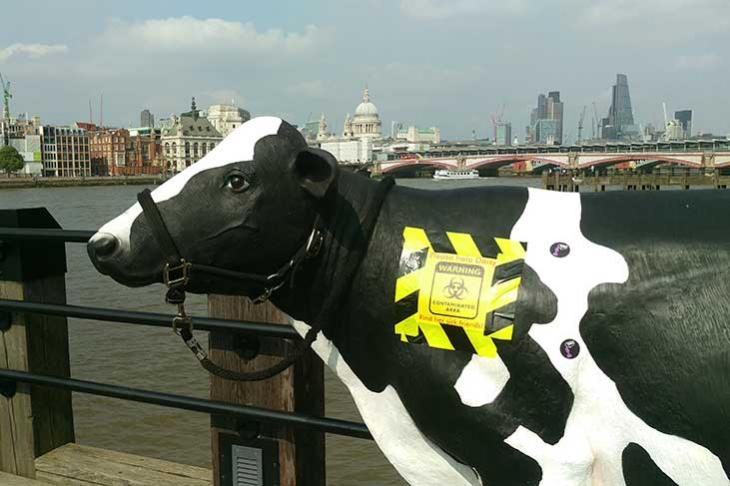 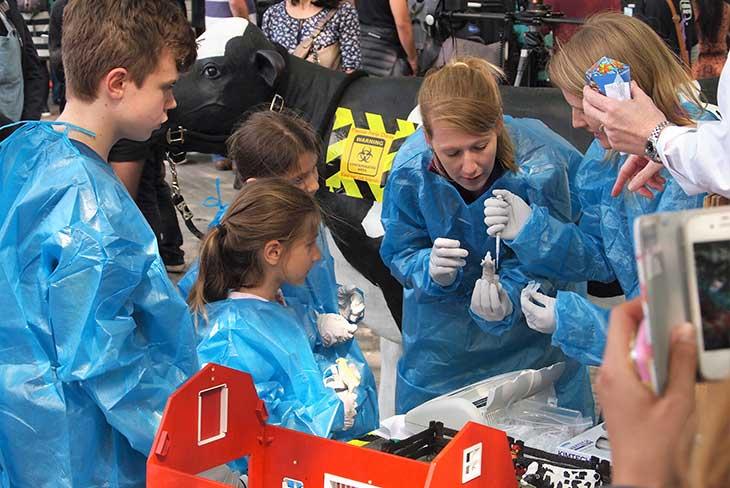 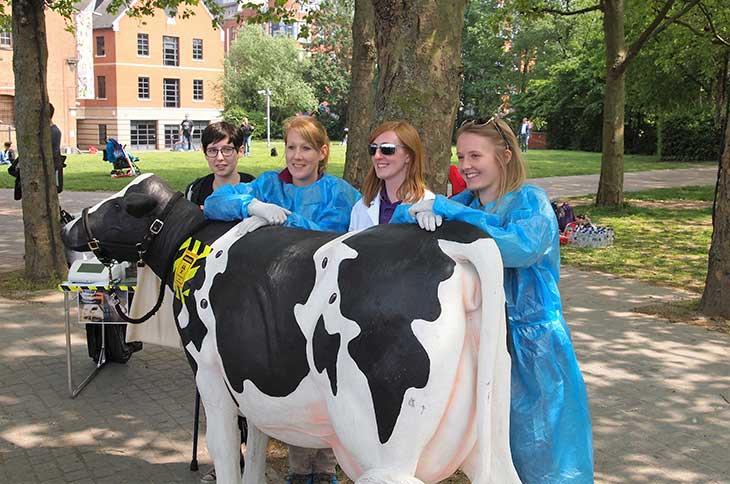 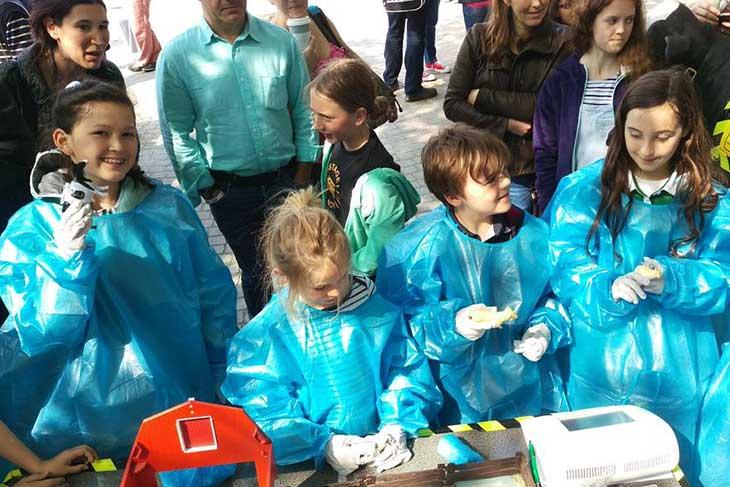 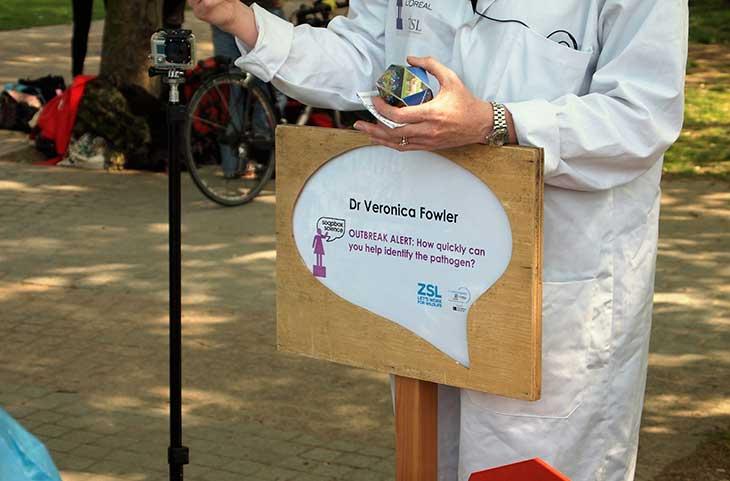 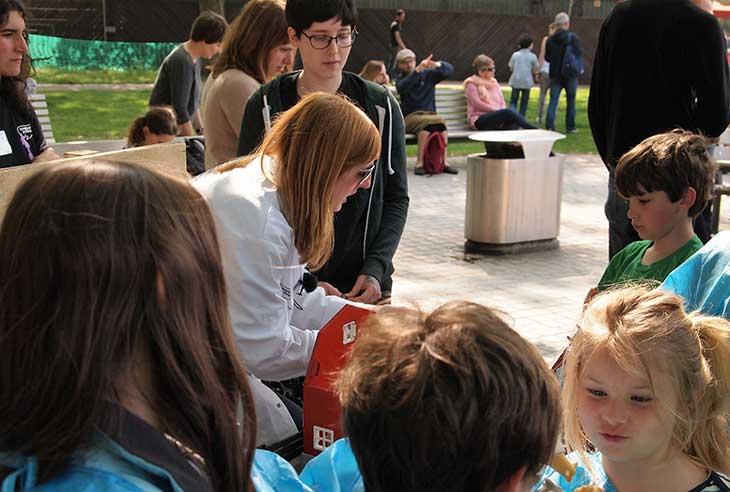 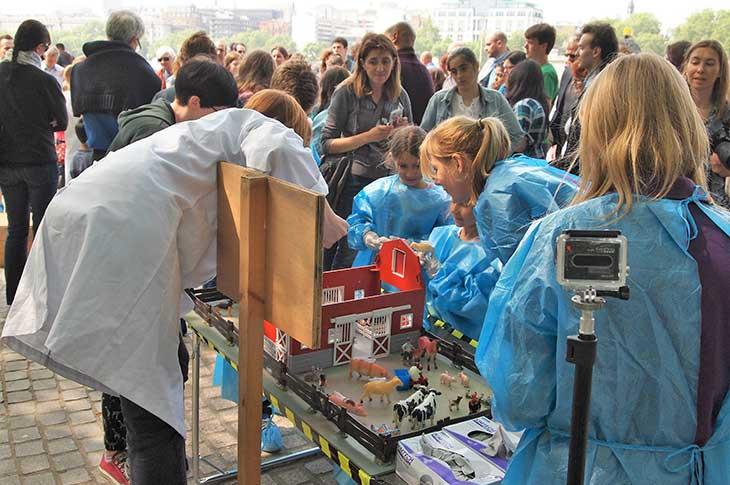